SEMINAR: “THE BEASTS IN THE BEATUS MANUSCRIPTS: THE VISUAL LANGUAGE OF HETEROGENEITY” 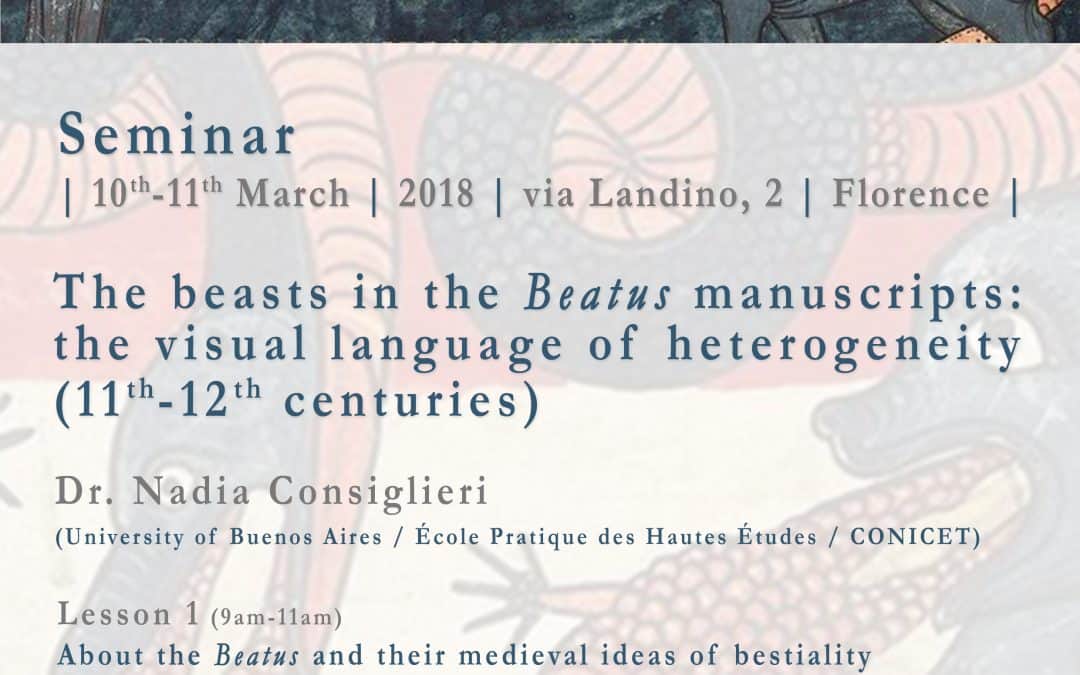 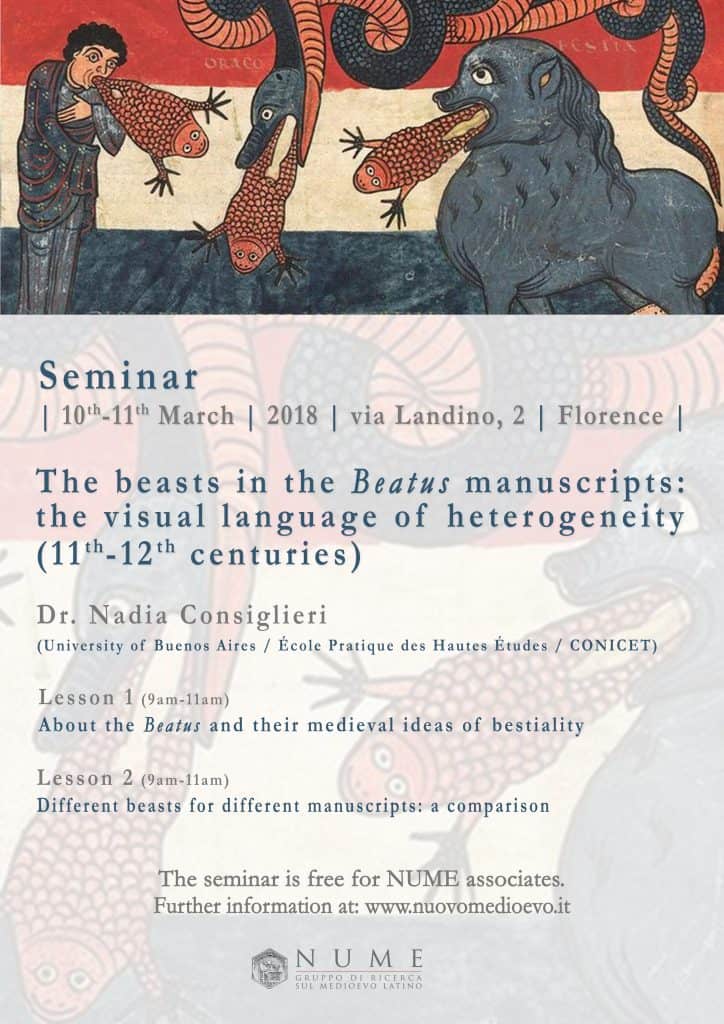 The beasts in the Beatus manuscripts:
the visual language of heterogeneity (11th – 12th centuries)

Zoomorphic representations are abundant in variety and typology in the Beatus’ folios. Inside this group of manuscripts, hybrid beasts support a fierce and malignant temp according to the apocalyptic hostile context. It is reinforced by their physical anomalous and heterogeneous characteristics. The aim of this seminar is to dig deeper into the way these hybrids are painted in some of these codices, circumscribing a strange combination of daily animals and supposed existing races. Therefore, this beastly otherness, both in terms of its conduct as its physiognomy, perverts the order being in conformity with the diabolical intentions.

Lesson 1 (March 10, 9am-11am)
About the Beatus and their medieval ideas of bestiality

Presentation of the codicological series. The Beatus families and their classification. The most important scriptoria and their masters. The stylistic variation across the centuries: from the “Mozarabic”, to the Romanesque and the Early Gothic trends. The main authors who searched the series: Wilhelm Neuss, Peter Klein, Joaquín Yarza Luaces and John Williams. The primacy of the Iconographic studies. Historiographical archetypes about “bestiality” notion: animal = beasts; bestiality = fantasy. The influence of the Medieval Literary studies of Nineteenth-century concepts and Positivist historiographical survivals. Other study proposals: agency and materiality.

The beasts in the Geneve Beatus (late 11th century), in the Berlin and Turin Beatus (first half of the 12th century). The diversity of apocalyptic beasts and their formal heterogeneity: parts of serpents, lions and birds. Species linked to bestiaries. Hybridity as a main characteristic. The marginal beasts in capital letters and glosses. Different plastic resources to highlight the bestiality:  chromatic and lineal rhetoric. The dynamic culture of the period: mobility and interactions between Catalan and Italian scribes, illuminators and painters. Differences and similarities among the beasts of other manuscripts, architectonical programmes (portal of Santa María of Ripoll) and Catalan Romanesque wall paintings.

The seminar is conducted in English, and is free for NUME associates.